A Birmingham stag night is going to be a great night for you lads! This is a city that loves a good piss up and you boys will certainly be causing a whole bunch of mayhem here! So keep on reading and you will see why a stag weekend here is a freaking amazing idea! 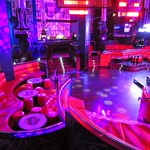 £ 9.99
With this guest list entry you will walk straight into the largest club in Birmingham. After all who wants to be stuck in a queue. 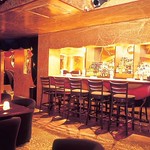 £ 9.99
Experience a night of intimacy in this club where you can watch sexy female dancers performing their best acts for you! 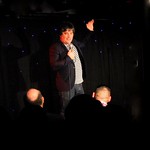 £ 18.99
Saturday night is Comedy night. Top Stand up comedians will have you splitting your sides with laughter from the outset.

Guide for a Lads Night out in Birmingham

Enjoy your stag night in style with these great, Birmingham stag night suggestions!

A stag night if you ask me is a free pass for you boys to check out some sexy ladies at a top, lap dancing club. This is a great club (that actually has two locations in the city) and while of course there is a fully stocked bar and just hot ladies all over the place. They also do cater for stag parties! They have a chair where the groom to be can be tied to and then given one hell of a sexy private dance…… on the stage! This is a great laugh and I am sure the rest of you boys will be laughing your asses of at him…….. as well as being a wee bit jealous as well.

A night of laughs is guaranteed at this top, comedy club! Now this is a great Birmingham stag night idea to do at the beginning of your night. This is a really cool comedy club where you boys will get to see at least three (sometimes there is four) different acts during the night. You get a good mix of different styles of comedy here and to keep the night flowing there is a MC who is just as awesome as most of the acts who perform here. Just be warned if one of the acts gets wind that there is a stag group in the house then you boys will be targets for some jokes…… which is really cool by the way.

A night gambling is always a good time…. Well unless you lose and then  your Mrs finds out! But you do not have to worry about that here as they have a variety of awesome, casino party packages. These packages will give you boys a tenner worth of money to gamble with, food and drink and even some gaming tuition. I have known many blokes who have never spent a penny over the free tenner that they got and still had an amazing time.  Of course with the gaming tuition you get, you may fancy yourself as something of  card shark and plan to win some big money….. just make sure if you do that you are not a tight arse and get a few drinks in for your mates.

If you lads do not want to spend a few hours at a lap dancing club, but you want to still some nice big boobs and a big bubble butt. Then book yourselves a sexy female stripper to come to your hotel, a bar, function room or some other location. She will put on a fantastic show that will make the groom question if tying himself to one woman is the right thing to do…… I kid, I kid. Anyway you will have a great choice of ladies to pick from so no matter if the groom loves blonde with huge boobs or red heads with long legs. There will be a sexy lady here who is the grooms dream woman…. After his future wife of course.

One of the best, Birmingham stag night ideas that you guys can have is heading to, The Electric Nightclub! This is one of the  coolest nightclubs in the whole city! With a huge bar for you boys to stand and drink at or plenty of places to show off those amazing dance moves you have. They also have some private booths for you guys who want to keep things a little more low key and feel like VIP’s. One thing that Electric does better than any other club in Birmingham is attract some top, celebrity DJ’s. So make it a point to see who is spinning the decks when you are having your stag night here.

Bar Risa is the kind of place where you can pretty much spend your whole stag night! First of all there is an amazing club here with six different rooms for you boys to party in, drink in and even try your luck with the local ladies! The different rooms have their own style and vibe which is pretty cool. Also before you boys even head into the club, Bar Risa also has a bar and a pretty damn nice, restaurant where you boys can get a nice burger or something else. This is just one huge ass party under one roof that ticks all the boxes of what a group of blokes could want on a stag night.

More Ways To Have An Amazing Birmingham Stag Night

If you boys have the energy then I have another four amazing, Birmingham stag night ideas for you!

This is one of the most popular places in Birmingham. For nearly ten years now, The Island Bar has offered a great night out. One thing they really pride themselves on here is their amazing drinks. No one whips up a mean cocktail like the bartenders do here! Also one huge attraction of the Island Bar is that in the upstairs part of the bar there is a Tiki Bar! So if you want a little bit of Hawaiian style fun during your Birmingham stag night then this is the only place to make it happen! Any stag night here has to have a few drinks at the very least here!

For you boys who love a bit of Iron Maiden, Kiss, Def Leopard or even Bon Jovi…… well maybe not Bon Jovi. Eddies offers the ultimate way to rock out on a Saturday night. None of that dance music here or that cheesy pop! This is all about ass kicking heavy metal. They have also been known to have bands here from time to time so you might get lucky and catch a live gig. There is no other club in Birmingham that can rock your Saturday night like, Eddies can. If you do have a few head bangers in your stag group then this is the club where you want to party until the early hours.

How about a little female companionship during your Birmingham stag night? Well if that sounds like your idea of a great time then hire a sexy beer wench to tag along with you boys, show you the best bars and to take care of getting all the drinks in. This is a lot of fun, she will be dressed in a sexy outfit and she will be more than happy to pose for some awesome photos with you boys. This is just a really fun way to make your stag night a little bit more memorable and exciting. Many stag groups like to not tell the groom about this and have it be a great surprise!

Bowling!!!! Really? Well yeah actually, bowling is a fantastic, Birmingham stag night idea! This is a great place to start your stag night. You see bowling is a fun game anyway and it’s a way to have a competition with your mates with some beer or even just bragging rights at stake. But also there are a whole bunch of video games, food and even some booze here as well. This place has a perfect blend of stuff that us blokes love which makes it perfect to get everyone in the best spirits for your stag night.

Getting A Taxi, Eating & More Things You Need To Know About A Birmingham Stag Night!

Eat at the best places, use the most reliable taxi firm and much more important information to make your stag night run smoothly!

Yes I know that, The Handmade Burger Co is a chain, but who the hell cares when they make just such amazing burgers! They offer a great choice where you can load up your burger with more extras than you can handle. Or you can just have a more basic type of burger!

Where To Go For A Nice Pizza!

Pizza! I am sure is one of the most consumed foods during a Birmingham stag night! Well I am a pizza expert and the best pizza I had in Birmingham was, Pizza By Goli. This is a great Italian restaurant and they serve up the best damn pizza you guys can get.

If you guys do your Birmingham stag night the right way then by the end of it, you will be in no condition to walk. Or maybe a mate has done something stupid and busted his ankle? Either way, you guys need a taxi. Well there are a number of taxi firms here such as A2B Radio Cars who do run 24/7.

A Good Place To See A Live Band

Birmingham has one of the largest indoor arenas in the UK in the Genting Arena which is where all the huge music acts will play. Another popular place is, The O2 Academy which is where a few of the not so mainstream and generally cooler bands will play.

A Quite Place To Drink

Quite and Birmingham stag weekend should not go together, but if you do want to have a “catch your breath” style drink in a laid back type of place then I recommend, The Lost & Found which does have a reputation as a “chick” bar, but hey a few quiet beers and some good eye candy is a good way to relax in my book!

A & E In Birmingham

Did you know that Birmingham has the fastest response time of any A & E?  Well they do which means if your drunken antics during your wild and out of control, Birmingham stag night do go a bit too far. Then you can get taken good care of at this hospital.