Check Availability | Call for Quote | Location
5 A Side Football is a sure fired way to settle old scores on a Stag day out in Bournemouth. Action packed this is going to be a balls to the wall kind of event.
Enquire About This
[Click On Images to View Gallery] 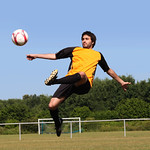 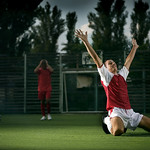 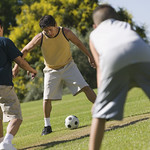 When planning a stag do it sometimes is hard to come up with the perfect “event” to do during your festivities. Well sometimes it’s best not to think too hard about it and just do something that you and your mates all love to do. And that is what we have with a game of 5 Aside on one of the best artificial pitches in Bournemouth.

5 aside football is always a great time and even those blokes in your stag group who are more Emile Heskey than Gareth Bale can have a great time here. The somewhat smaller pitch and faster pace of the game makes 5 aside a version of football that is just balls to the wall, 1000 mph nonstop fun. Many places do offer 5 aside football these days,  but none do it as well as right here!

Most times when a group of lads get to gather for a game of 5 aside it will end up playing on a wooden floor surface or some 1980’s style artificial pitch that when you fall on it half your skin stays on the pitch! You do not get that here. While yes you will be playing on an artificial pitch. This is the latest and greatest and it looks, feels and even smells like real grass. This is as close as you can get to playing on an actual football pitch without actually playing on one! You will be amazed at how “real” this state of the art 3G pitch feels on your feet as you are running down the wing then hitting a Cruyff turn that leaves your opponent standing their like an idiot before you smash the ball past the keeper.

5 aside football is just such a great idea for a stag do event. This place has plenty of pitches so if you book well enough in advance there is no reason why your stag group cannot be as large as you want it to be and you can have say two games going at a time and have your own very tournament. Of if you say have 15 in your stag group then you can play with slightly larger teams or maybe even play with subs. The way you want to play is entirely up to you. I do think that as this is a stag do event that there should be some terrible forfeit for the losing team. Maybe having to stand in the goal, bent over and taking a penalty right in the rear end is a great way!

This is a great place to play football and they are open 9:30 until 5:30 seven days a week. They do have later times available, but these do cost more so keep that in mind. You need to have at least ten blokes in your group to make a booking. Also please note that his kind of pitch is designed for proper studs or moulded ones and not trainers or blade type boots. Ask for more details when you ring.

Reasons Why 5 Aside Football Is A Great Stag Do Event

Football is awesome and it’s the perfect thing to do before you guys hit the town later in the evening.

You get to play on an artificial pitch that is so close to the real thing its crazy.

Have a “friendly” competition where the losing team has to do some kind of horrible forfeit!

It's a Knock Out 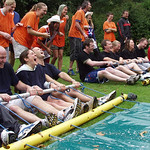 It’s A Knock Out returns to offer a unique, hilarious team building event that has teams facing each other in a range of wacky activities. Expect giant costumes, inflatable obstacles, plenty of foam but even more laughs! 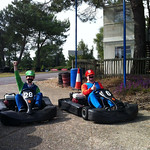 It’s time to race! Get your best stags and head down to the track to race these professional go karts! Find out who’s the best on the track and who’s buying the first round of drinks! 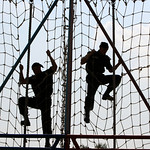 On this military style assualt course there is always someone that falls off the rope swing into the water- Hilarious unless it is you!

Boys on a Budget

The requested URL /data/feed/api/user/sholto.kerala?tag=PR9726TOP&kind=photo was not found on this server. That’s all we know.

Another one of our Price busting Bournemouth Stag weekend packages. All the basics including 2 nights stay, entry to a lap dancing Club as well as a top Bournemouth Nightclub.