Ah, Bournemouth. The amazing coastline, the outdoors, the fresh air and some cool places to get well and truly hammered and have an amazing stag night! Bournemouth has a lot going on. While it’s no London when it comes to the number of pubs and clubs, I am telling you that you can still have one hell of a great stag night in Bournemouth! To see some of the best and most popular stag night ideas, just keep on reading! 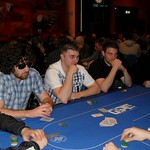 £ 24.99
Ready to suit up? Spend the night at Bournemouth’s premiere gaming and leisure location, complete with bar. Which game will you win? 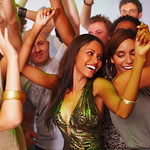 £ 12.99
This 2 night pass is the best thing since sliced bread for a successful Stag night in Bournemouth. Entry to 6 bars, nightclubs and strip joints cannot be bad!

£ 16.99
This is the top Bournemouth Comedy Club where the UK's Top stand up acts will have you in stitches for a couple of hours with relentless humour and sketches. Great start to any evening! 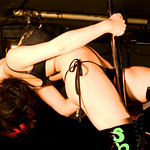 £ 9.99
If you want to give the Stag a smile on his face and a bulge in his pants then this is the Bournemouth lap Dancing Club that will do just that. 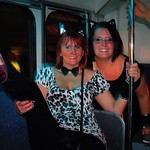 £ 24.99
The Bournemouth Party on a Bus is the ultimate Bar & Nightclub tour visiting 3 bars, non stop partying aboard the revamped bus before ending up at a top nightclub to chat up the girls 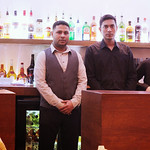 £ 17.50
We have chosen Bournemouth's top Indian restauarnt as part of the traditional Curry before the stag night really gets under way. How many of you will tackle the Vindaloo? 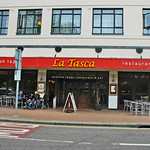 £ 19.95
This authentic Spanish Restaurant with its classic tapas style cuisine will appeal to all the Stags before they give the pubs and clubs a battering. 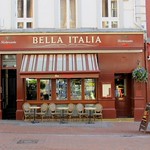 £ 21.99
Start your Stag night off at this classic french style restaurant in Bournemouth. Catch up with all the lads over a 3 course meal before heading on into town 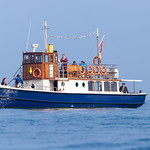 £ 29.99
Party the night away aboard The Dorset Queen on a sunset party cruise with music, drinks, deck lights and food. Perfect for any Bournemouth Stag Weekend

Let’s kick your Bournemouth stag night off the right way with the most over the top and crazy pub crawl that Bournemouth has to offer, and that is the party bus! This really is a non-stop party, and even I thought I had drunk too much the next morning! The idea is that you get picked up in a central location, and from there the Club Class Bus will take you to three of the most amazing bars in Bournemouth, and then you get to skip the queue as you have guest list entry to a nightclub. The bus itself has been well and truly pimped out with a kick-ass sound system and places to party. Hell, they even let you bring booze on board!

Even those who have never been to a lap dancing club before have surely heard of Spearmint Rhino! This is possibly the most famous chain of lap dancing clubs in the world, and the Bournemouth one does not disappoint. The ladies here are just bloody amazing! As this is the most famous club they are able to attract the sexiest and most exotic women to work here and take off their clothes! With a large open area and smaller private booths, this is a place that is just perfect for a stag night!

Next, leave the nagging girlfriend at home and hook up with Lady Luck as your try to win some extra drinking money at the Grosvenor Casino. Me and my mates had a great time here, the staff were really cool and made us all feel welcome, and even offered some basic tuition on how to play some of the games. They also have a nice bar and restaurant so you can take a break from playing the slots (or whatever you are playing) to have a beer and a steak! This is a great place to come for a couple of hours before you hit the town.

Bournemouth is home to a number of pretty cool nightclubs, and one that I had a great time in (judging from what I can actually remember!) was Cameo. Cameo, as it turns out, is really popular and the locals seem to just go nuts when they get in here. For you single guys, you will be more than happy to know that this place is like a magnet for the sexy chicks in Bournemouth. It has everything that I, and I am sure you, would want in a nightclub. You can also get hooked up with guest list entry so that you don’t need to fight with some huge bouncer who looks like he could kick The Incredible Hulk into touch!

I know that the pushing and shoving that comes with a busy nightclub is not for everyone, so with that in mind, I recommend Chaplins Bar. This is a good place to have a few beers, and on most nights of the week they have a live band playing here. A few drinks, your best mates (plus some of the groom’s weird future in-laws, I’m sure) and a live band is always a great night. Even if you use Chaplin’s Bar as your warm up place, it’s still a great bar to come to during your stag night.

Now here is a comedy club that took me by surprise. My mates and I went here to have a night of laughs, and Jaggers Comedy Club sure as hell delivered that. The stand-ups were sure as hell not scared to pick on people in the audience, which only made the night that much more awesome. But the way that this place really took me by surprise was that once the comedy show has ended, they don’t just kick you out! You see, it turns into a nightclub that stays open until the wee hours of the morning. Perfect if you think that some of your group probably wouldn’t be able to stagger to another venue…

A few more cool stag do ideas in Bournemouth

If you still want some more awesome stag do ideas then I have another four fun-filled places for you to go and check out.

I have another lap dancing club for you guys to go to, and this one is called Wiggle. They are open until the early hours of the morning and they have a really nice set up here. You can chill out in the main club and enjoy the shows that are going on, or if you want a little more special attention then you can head to one of the VIP areas. They also have guest list entry here (which we can hook up) so you can just tell them your name and stroll on in.

For a fun night with some full-on rock music, the best place you can go in Bournemouth is The Anvil! This is a really cool club. It’s not all angst-ridden and aggressive like some other rock clubs are. They just play all the best rock music, have friendly staff and they have some crazy deals on drinks as well. Live bands also play here from time to time. So if your stag party has some head-bangers in it, then head on over to The Anvil, listen to some Iron Maiden and have a great time.

It was you who killed him, you son of a bitch!!!!! Phrases like that are welcomed as you try to find the killer during a murder mystery evening. Wow, this was bloody brilliant, we all had a ball! This was so over the top that I found myself getting really into it… although my character acting like Samuel L. Jackson from Pulp Fiction was a bit much for some. You’ll need to work as a team to solve this case, but at the same time you’ll have to keep an eye on your ‘friends’ as they could be the killer!

The last place that I have for you fine gents is Vinyl Retro Club. This is for you guys who are stuck in the 80’s and 90’s and that hate modern music! This place is all about having too much to drink and having way to much fun. It may just be me, but I find that the women who go to these types of places are pretty wild as well! For a club that’s a little different, Vinyl is just perfect. This is a club where you will certainly have a few cringe-worthy memories the next morning!

Super, incredible, life-saving information about a stag night in Bournemouth

Here I have a wee guide about places to eat, music to listen to, and where you can get patched up if you drunkenly walk into a lamp post.

Everything at Gibley's is classy. The glasses are classy, the wine is classy, the food is classy – hell, you can bring a hooker here and she will become classy! They offer a really nice fine dining experience here. So if you want some homemade gourmet-style food and want to make a big deal about eating together then this is the perfect restaurant for you.

If you’re like me and you don’t want to spend a tonne of money on food, then I highly recommend Geneve Eatery who offer these massive burgers for a very low price. They also have the most amazing barbeque sauce I have ever had! This is a great place to eat and I am sure you guys will love it!

Streamline Warrens Taxis are open 24/7, so no matter where you need to get to, or at whatever time you need to be there, they can hook you up… and ask no questions! Another popular taxi firm is Ariel Taxis who also offer a 24-hour service.

Ouch my head (when you need an emergency room)

If you do need some medical treatment, then the Royal Bournemouth General Hospital has an A&E service, which is great if you fall down a manhole… Hey, don’t be embarrassed, it has happened to the best of us.

Want to listen to some live music?

Well, if you do, I have a gem of a bar for you in O’Neill’s. This is such a cool bar and the people here pride themselves on getting in the best musicians to play here. For good local music, you cannot beat O’Neill’s.

When you want a more relaxed night

If you’re completely knackered after a hard day of the day time activities, or even if the whole club scene is not your thing, I recommend a night at The Ink Bar. This is a cool and laid back bar that serves good food and is really well stocked.

StagDoParty believes that it provides the best value for money for Stags and Stag Weekends in Bournemouth.

If you can prove us wrong- which we doubt- then we will match or beat any genuine "like for like" quotation for Bournemouth based Stag weekend.