£17.99
Check Availability | Call for Quote | Location
A weekend that will start with a laugh and continue throughout your stay - will you make the clay pigeon shooting a competition? ► 2 nights accommodation, Comedy Club, Nightclub Entry on both nights and Clay Pigeon Shooting.
Enquire About This
[Click On Images to View Gallery] 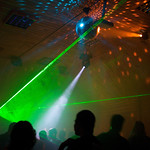 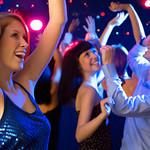 Designed to offer the best entertainment in Bournemouth, this package will set you and your stags up for a great weekend. Included in this package is two nights of group accommodation, entry to a comedy club, night club guest list entry on both nights and a day filled with high octane fun as you handle authentic shotguns and take down clay pigeons.

Are you ready for a weekend filled with laughs, challenges and of course partying? This package is designed to give you and the lads a great time without being too expensive. Starting with great three star accommodation to save you money and keep the mood alive, you’ll get to enjoy some the acts of some of the best comedians in the industry. From there you’ll head to the clubs to party the night away before getting up the next day to try and destroy realistic clay pigeons. Finally you’ll head back to the clubs for the final night and enjoy guest list entry to maximise your time partying!

To keep you nice and close to the nightlife of Bournemouth, you’ll be put up in a three star hotel in the city centre. This way you’ll be close to your mates but will have your own privacy. So not only will you have more protection against classic stag party pranks, but you’ll also have the option of bringing home a lucky lady, if you are available!

Let’s warm things up with some big belly laughs as you enjoy the acts of some of the top comedians currently performing. This in particular club offers a delicious buffet style food service that you’ll be able to enjoy before the show starts. Once the MC hits the stage, the show will be only a few minutes away from starting. Don’t be fooled though, the MC is one of the most ruthless, hilarious hosts in the area, so heckle at your own risk!

After the comedy show finishes at 10pm, the club turns into one of the hottest clubs around, with a venue capacity of upwards of 2,200 people! Spread out over three rooms, you’ll have plenty of choice of where to party and who to party with!

Where better to party in Bournemouth than the award winning, multi-million pound Cameo and Ryu club? Complete with four separate rooms and atmosphere, this club has something for everyone. Ranging from the basement where urban tunes are played all night, to the famous Ryu bar that offers sensational drinks at outstanding prices! Get down and really enjoy the atmosphere Bournemouth has to offer!

After a big night out, it’s only natural for the stag party to progress onto something that makes your heart rush and adrenalin inducing. Handling shotguns and shooting at realistic targets has got to be one of the best ways to really feel the rush. You’ll be taken to a beautiful, local facility where you’ll be able to fire at targets that imitate the behaviour of prey animals without having to kill anything.

You’ll be in the hands of our resident expert staff so you’ll be kept safe and learn a thing or two about how to hit moving targets. Why not place a bet on the game? Whoever misses the most targets has to buy the first round. That way the entire event will become more interesting as you all try and avoid being first up to the counter!

You can check prices for your group and also check availability.