Check Availability | Call for Quote | Location
You cannot call yourself a man until you have fired a shotgun! So show those clays who is the boss as you aim, squeeze the trigger and then blow them out of the sky. Call now to experience the thrill.
Enquire About This
[Click On Images to View Gallery] 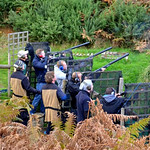 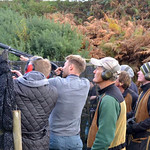 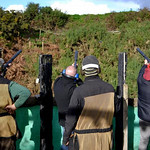 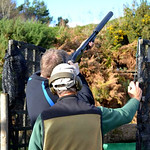 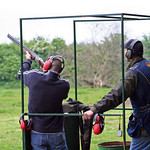 Clay Shooting for Stags in Bristol

You cannot call yourself a man until you have fired a shotgun! So show those clays who is the boss as you aim, squeeze the trigger and then blow them out of the sky! If paintball and laser tag are not real enough for you then come here and use a real gun.

Holding a shotgun in your hand for the first time is just freaking amazing! And as soon as you hold it you just want to shoot something into a million pieces. Even a person who knows nothing at all about guns will know that as soon as they hold the shotgun that they are holding something which can do some serious damage. There is no denying that when you have a shotgun in your hands that you feel like a total bad ass.

Set in a backdrop of a really traditional country setting. This is the kind of place you could clearly image Prince Charles will hang out at when he is not……….. doing whatever it is what he actually does. It’s pretty cool and I am sure a vast contrast to your loud and rowdy stag group! It’s a nice area that you will get to cover in millions of pieces of clay pigeons as you put them in their place.

As cool as the idea of clay pigeon shooting is there is one thing that does put some people off and that is being able to actually hit something. Some people are worried that they will not be able to hit a single thing. Well you will be under the wing of some highly trained instructors who will make sure that you know what you are doing, how to aim properly and give you a few tips on how to actually hit the clays. They will also of course make sure that you understand how to handle the shotguns in a safe and controlled manor.

Once you have been given a little tuition you will be then able to try your hand at shooting down the clays. What is really cool is the way that there is some progression here. Things will start off not too hard with the clays being actually fairly close, but as you guys get a little better then they will be going higher and at some more tricky trajectories as well. In all its really fun and they will cater to each person’s skill level to make sure you are all having a great time.

One thing that adds to the coolness of using a real shotgun is making a competition out of it. Now I am not saying that you need to pick a member of your stag group and then hunt him for sport. You can have a competition where whoever hits the most clays does not have to pay for their drinks in the pub. Or the guy who is the worst has to do some kind of embarrassing forfeit.

They open pretty early here at 9AM which means there is more time for drinking afterwards. You need to have at least 6 people in your stag group to make a booking here.

Reasons Why Clay Pigeon Shooting Is A Great Stag Do Event

You get to use a real shotgun!

Expert tuition will make sure you know what you are doing.

Have some extra fun by adding a little competitive element to your day. 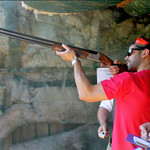 Weston Lodge is considered one of the UK’s best locations for clay pigeon shooting. Enjoy handling and firing real shotguns under the expert eyes of the staff 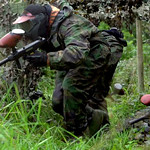 Don't miss the chance to show the Stag how much you think of him by shooting him in the back at this great paintballing site outside Bristol. Hilarious action packed idea for a Stag Do

The requested URL /data/feed/api/user/sholto.kerala?tag=PR9742TOP&kind=photo was not found on this server. That’s all we know.

Check out the twelve great reasons to book this weekend package in Bristol- be aware the bananas might join you ► 2 nights accommodation, 2 course meal on both nights, Casino, Nightclub Entry on both nights, Rage Buggies, Hovercrafts, Air Rifles and Archery and a Lap Dancing Club Entry.