Check Availability | Call for Quote | Location
Another great start to a stag night in London at this iconic venue in Camden. Top stand up acts will tell jokes, stories and generally take the piss out of everyone.
Enquire About This
[Click On Images to View Gallery] 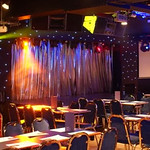 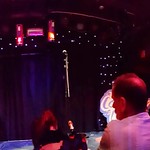 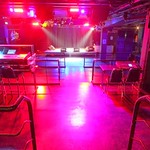 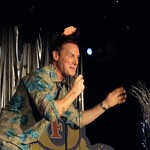 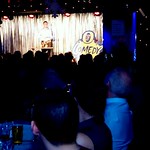 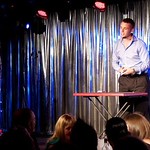 What better way to spend a stag do than at one of the oldest comedy clubs in the whole of London? So grab a few drinks, have a few laughs then make your way into the club for an unforgettable stag night.

Camden Comedy Club first opened its doors the better part of thirty years ago and people have been laughing their asses of here ever since. Some of the best comedy acts have performed here and now is the chance for you to make your stag do a night to remember by laughing at three different comedy acts who will tells jokes, stories and most probably take the royal piss out of a few members of the audience. Drinking with your mates is fun, but to do that and be entertained with some top notch comedy is even better. The whole getting wasted on a stag do thing has been done to death so why not spice it up with a little bit of live entertainment……. And then you and the rest of the group can get wasted and party the night away.

The Camden Comedy Clubs main bread and butter of course are its comedy acts, but there is so much more here that makes it the perfect stag do event, You see once the evening’s entertainment has finished you do not just get turfed out onto the street, Your booking includes entry to the nightclub which is four floors of great music of all types so you can dance and drink the rest of the night away. So you have four floors, three bars and you can party here until 2 in the morning there is literally no need to go anywhere else other than here.

The doors for the comedy club will open at 6:30pm and the actual live comedy will start around 8:00pm. They do serve food up until 8:30pm so if you want you guys can grab a bite to eat and have a few drinks before the comedy starts. Please note that there are a few reasonable rules that you stag group will need to abide by these are just common sense things like no heckling the acts, make sure your phone is on silent, try not to shout while the acts are performing no showing up to venue hammered and in general just being respectful of the people who are on stage. The Camden Comedy Club want you to have the best stag do ever, but you need to behave yourselves! You will need to have at least two people in your group (is two even classed as a group?) before you can make a booking.

Reasons Why A Comedy Club Is A Great Stag Do Event

You are getting two hours of great comedy for a very reasonable price. The acts who perform are some of the best that London has to offer so you are sure to have a great time.

With food and drink available here you really can contain your whole stag night in this one venue.

As great as the comedy is going to be the added bonus of a tremendous nightclub just makes this stag do event all the more amazing.