Check Availability | Call for Quote | Location
If you want to do something awesome as part of your London Stag Do then join us at this bad ass shooting centre outside London where you will learn what it takes to be a sniper.
Enquire About This
[Click On Images to View Gallery] 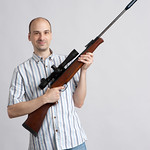 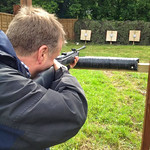 If you want to feel like a bad ass sniper then there is no better way to do this than you and the rest of your stag group partaking in a little air rifle shooting action. So lock and load and prove that you are the ultimate sharpshooter!

I had the Bunsen burners, test tubes and other such equipment out the other day and I can confirm that it is scientifically proven that holding a rifle is the ultimate way to feel like a bad ass. We are talking Arnold Schwarzenegger, Jason Statham level of bad ass here folks. Anyway if you guys want to do something awesome for your stag do event then you need to come here and use these amazing air rifles. Located about 40 minutes away from London this is a pretty epic place for you guys to spend the day before you go out partying in the night.

Using an air rifle is far different than using a paintball gun, laser gun, shotgun or even a bazooka. You see an air rifle is all about skill. Think about it they do not just let any guy in the army lose with an air rifle. And the reason for this is because it takes a real special person to be able to handle one of these bad boys. Think about it even in video games the rifle is a weapon that does amazing damage, but requires real skill to use. Sure you have to make sure your aim is right, but there are many other variables when it comes to using a gun like this. You see just a little squeeze on the trigger is enough to throw your shot off a little bit. The wind and your breathing also have to be thought about before you pull that trigger. So while this is a great deal of fun there is some major skill involved here.

The best way to do this is have a little competition with you and the rest of the stag party. You will always have that one guy in the group who because they play Call Of Duty will think they will be amazing! But put them in their place by getting a higher score than them and making them be the ones buying that first round when you hit the bars later in the evening. This is a very well kept place and up to five people can shoot at the same time. And there is unlimited ammo here so do not worry about wasting any shots. So if you have a large stag group you can split into smaller groups and take turns. You will be given a quick little briefing on how to operate the air rifle and there will be instructors to give you some extra advice on how to hit those targets.

Reasons Why Air Rifle Shooting Is A Great Stag Do Event

As well as being a fun stag do event, air rifle shooting is also an activity that is about skill. There will be no lucky wins here. The best shooter will win!

These guns are just so cool and make you feel like you are in an action movie.

You will be here for just a couple of hours at most. So while you have a great time here you will also have time to go to the pubs and clubs in the evening. 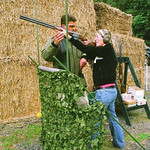 This top London Shooting Venue offers Stags the opportunity to get their hands on some real shooters without joining a gang or getting arrested. Let off some steam on your Stag Do 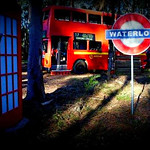 Paintballing at its very best at this purpose built site near Gerrards Cross. Choice of 5 exciting game scenarios to challenge even the keenest players. 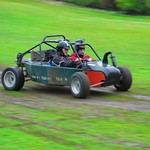 If you have a pretty small stag group and you are looking for a great stag do event that is full of adrenaline, action and high speed then these off road buggies are for you.

The requested URL /data/feed/api/user/sholto.kerala?tag=PR9766TOP&kind=photo was not found on this server. That’s all we know.

How do you fancy causing some havoc at the paintball site - get your mates and head to London ► 2 nights accommodation, Lap Dancing Club Entry, Paintball and Nightclub Entry