Check Availability | Call for Quote | Location
There is no finer way to start off your Stag Night than at this Comedy Club in Manchester. Top stand up acts hosted by a talented compere will ensure that your Stags are more than happy.
Enquire About This
[Click On Images to View Gallery] 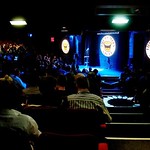 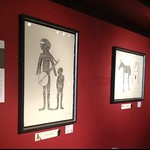 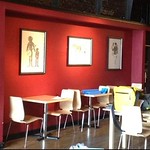 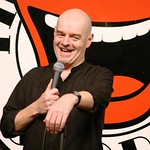 If you want to have a little fun on your stag do then come on down to the number one comedy club here in Manchester!

A comedy club is a great way to start the night on a stag do. It is a way that you can all get together, kick back and have other people entertain you. And it will also keep that one bloke who thinks he is funny quiet for at the very least a couple of hours. One thing that is really nice about this place is its size. It’s not too big and not to small it is just that perfect size where you get to be really close to the stage. The seats are really comfortable and in general it’s just a really nice place to sit back and enjoy some great comedy acts.

So what does a stag night at a comedy club entail I can hear you ask. Well to start with what you get when you make a booking here are a couple of hours of just first rate comedy action. What you are getting is a great mix of established, pretty well known comedians who are masters of their crafts. And you also get to see some new up and coming comedians who very well could be the next best thing. You will get to hear all kinds of funny stories, jokes, impressions and of course plenty of ripping on the audience. If you want to be picked on by one of the acts then make sure you get a seat in the front row! As well as the actual comedians you get a really funny compare, master of ceremonies or if you prefer just plain old host. Who will entertain you at the start of the night and in between the comedy acts.

If you want to be put into a great and fun mood for when you hit the pubs and the clubs of Manchester then there is no better way than by laughing your selves stupid here first. You will be amazed at how much more fun the night seems once you have been here.

In total you are looking at about two hours of comedy at least, but as this is live there is always the chance that some acts will run over. On a Friday night the doors will open at 20:00, but on a Saturday night they open an hour earlier at 19:00. For the most part the seating is a first come first served basis. So if you want to sit close to the front then make sure you guys are there nice and early. This is a strict over 18 place so make sure that any people in your stag group who still look like they are 12 have their ID with them.

Reasons Why This Comedy Club Is A Great Stag Do Event

You are getting three great comedy acts to entertain you!

A nice and cosy theatre will complement the action on stage very well.

Get you and the rest of your stag group in the best frame of mind before you hit the town!

The requested URL /data/feed/api/user/sholto.kerala?tag=PR9340TOP&kind=photo was not found on this server. That’s all we know.

This package is great if you just want the basics, drinking, the ladies and of course somewhere to get your head down.►2 nights accommodation, Lap Dancing Club Entry and Nightclub Entry both nights. 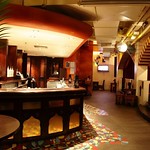 Tiger Tiger has eight different themed bars all under one roof and by booking here you are able to shoot to the front of the line and avoid freezing your ass off outside waiting to get in!