Check Availability | Call for Quote | Location
This is Manchester's No1 Stag Night party on a bus. No freezing your ass of wandering the streets from pub to pub when the ClubClass Bus takes you from door to door.
Enquire About This
[Click On Images to View Gallery] 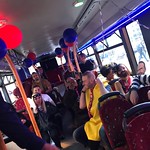 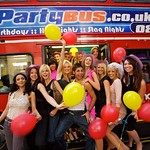 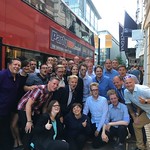 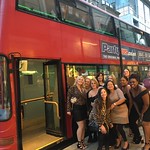 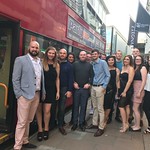 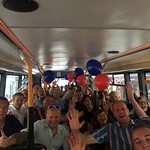 No need to stand outside freezing your nuts off as you go from pub to pub when you have booked your stag group on Manchester’s number 1, out of control, over the top and insane party on a bus, The Club Class Bus!

The people who created this event know that stag groups often hate to have to walk from one venue to the other. Not only is this boring as hell and takes forever. You guys also run the risk, depending on the amount of people who are in your stag do. Of not being allowed into a place or having to wait in a line outside like you are some kind of commoner. Well when you book aboard this party bus you can kiss all those traditional problems you get with a stag party away!

Now this is no ordinary bus that smells like a bunch of homeless people have just slept in it! This is a custom made, pimped out, high class, party machine on freaking wheels. This is a double decker bus that has been kitted out to look like a nonstop rolling party. People in the pubs and clubs of Manchester will know that your stag group is here to party when this thing pulls up. Just a few of the really cool features of the party bus are these comfy sofas that you can sit on as you continue to pound down the beers that you bring on board. There is music that is blasting which you can dance to if you want and of course there is always the chance that there may be a few ladies on board for you to test your very best moves with.

The really cool thing about this is that really just getting on this bus as it drives around would be fun enough, but this party bus is merely an awesome transport vessel to take you and your mates to some of the best pubs that the city has to offer. You will meet the people behind the party bus in the centre of Manchester in a bar. Then it’s on board and on your way to the first pub of the night. In all you guys will be stopping at three different pubs in Manchester, before you finish up in one of the city’s best night clubs. And there is one other thing! Each venue you go to, including the nightclub at the end of the evening will see you jump any line that may be outside! No waiting for you boys, because waiting is for losers and those who party on the party bus are certainly not losers! If you want a stag night just filled with mayhem then this is what you need to book!

Your night starts at 19:00 when you are picked up by the bus. One thing to know is that a party crew will be on the bus and make sure that no one gets left behind as you go from place to place. You can drink on the bus, but you do need to bring your own booze and there is a strict no glass bottle policy. You need a minimum of ten blokes in your stag party to make a booking and there is a chance you will share the party bus with another stag group or maybe a hen party!

A tricked out party bus is the only way to travel on a stag do!

The party never stops as you go from pub to pub.

No waiting in lines for you guys as you get to walk straight into wherever the party bus pulls up at! 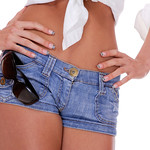 The requested URL /data/feed/api/user/sholto.kerala?tag=PR9340TOP&kind=photo was not found on this server. That’s all we know.

This package is great if you just want the basics, drinking, the ladies and of course somewhere to get your head down.►2 nights accommodation, Lap Dancing Club Entry and Nightclub Entry both nights.