Check Availability | Call for Quote | Location
Guys here is a chance to have a brilliant night out. Come on board our club class bus, have fun in the bars and some time in the lap dancing club finishing off in one of the top nightclubs in Newcastle
Enquire About This
[Click On Images to View Gallery] 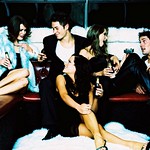 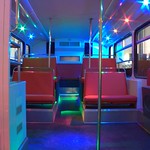 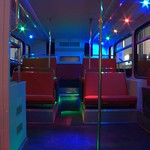 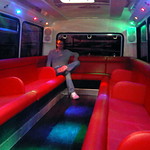 Newcastle has some amazing spots that any respectable stag group will want to hit. But how do you separate the cool places form the terrible ones? Simple you do not! You leave that to the guys on the Club Class Bus who will take you to the best locations in Newcastle. Pubs, clubs and even a lap dancing club will all be stops on the Club Class Bus.

Newcastle is a great city for a night out. It’s actually one of the best that the whole UK has to offer. But with all the amazing places that there are it can be hard to know exactly where to go. Well by coming aboard the Club Class Bus that is something that you do not have to worry about at all! The bus along with its party cabin crew will make sure you only see the very best of the best of what Newcastle has to offer.

What on earth is the Club Class Bus I can hear a few of you gents asking and let me tell you, its freaking awesome! It’s a party on four wheels…… or however many wheels a pimped out double decker bus has. You see this is a double decker bus that has been turned into the ultimate ass kicking party machine on wheels. You get some comfy seats and an amazing sound system that keeps the tunes playing as your stag group travels from venue to venue. You may even get lucky and have a group of ladies on a hen night on the Club Class Bus as well. There is no danger of the party dying out here and if it did. One of the cool cabin crew would get the party started all over again.

Your Gentleman Tour of Newcastle will start at the Bar Blanc where you boys will be picked up by the cabin crew and escorted onto the Club Class Bus. From here you will get to party as it makes its way to your first stop, the Mushroom which is one of the most popular bars in Newcastle. After having some fun here it is time to get back aboard the bus where you will all have a little buzz going by now I would imagine!

The next stop on your Geordie adventure is a top class lap dancing club where you boys get to check out some of the sexiest women in the North East as they do their thing and blow your minds! With your trousers noticeably tighter its back on the bus to hit Bar 38 another one of the Toons popular places. The last stop on your adventure will be the number one nightclub in Newcastle, Tiger Tiger, where you have guest list entry and can go right in.

Laugh your Socks Off

The requested URL /data/feed/api/user/sholto.kerala?tag=PR2924TOP&kind=photo was not found on this server. That’s all we know.

Start your weekend with a laugh and make it last throughout your stay in Newcastle... a few other surprises are in store for you with this package!!!►2 nights accommodation, Comedy Club, Paintball, Party Bus and a stripper. 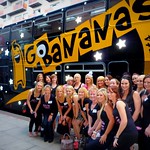 Club class party bus with our cabin crew. State of the art sound system and transport to 3 bars and a top nightclub. Q-jump and free entry, ready?? 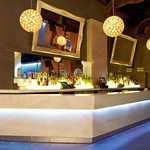 Eye of the tiger, or glamorous pussycat doll, gain instant access to newcastles most exclusive nightclub, join the elite and raise the roof till dawn at the iconic Tiger Tiger Nightclub.