Check Availability | Call for Quote | Location
How about you put those Call Of Duty skills to the test for real here at Xtreme Combat. This is Edinburgh's top Stag day activity combining reaction with stealth
Enquire About This
[Click On Images to View Gallery] 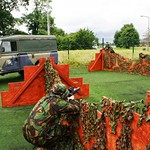 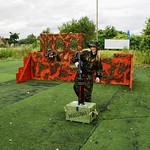 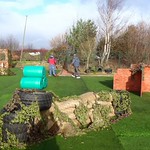 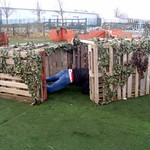 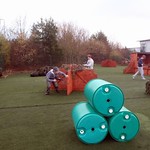 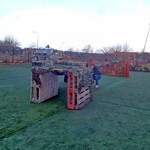 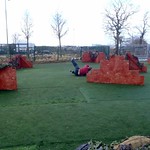 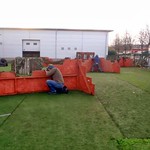 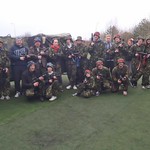 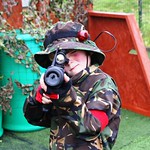 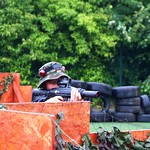 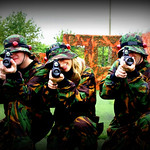 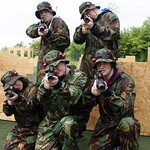 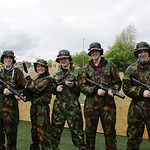 You may think you’re the best of the best when it comes to blowing people away on your Xbox or Playstation. But how about you put those Call Of Duty skills to the test for real here at Xtreme Combat!

So you have played video games like Call Of Duty, Battlefield and Halo and always thought that if you were in a real war that you would be a total badass and save the day. Well now thanks to Xtreme Combat you and your mates can have the ultimate stag do event here as your play Call Of Duty……… for real.

This is not paint ball this is a game played using state of the art MP5 Laser Infra-red Weapons. These are the most accurate laser tag weapons you can use! There are no missed shots here if you aim right then the hit registers! What is really cool about this is that there is no way to cheat here! When you get hit it is recorded electronically so you cannot lie and say they missed. Also there is no pain here at all. Well I guess there could be if you are rolling around, sliding into hideaways trying to get the best shot. But getting shot will not hurt like it does when playing paintball. And also with paintball you can run out of paintballs to shoot! That does not happen with a laser gun you can shoot as many lasers as you want.

The way the day works is you and the rest of your stag group will be split into two teams. You then will be separated and briefed on your missions. Your day or if your prefer your war, will have six missions that you need to play through. A mission could be something like one team having to steal an item from the other team or something like that. The play area is just huge and features a ton of places for you to hide and ambush your enemies. A huge part of the plan here is planning an attack and then seeing it happen. Although you are just as likely to think you are some kind of master general, plan an attack only to have it back fire and you get your whole team killed, but hey it’s still a ton of fun even when you lose.

Xtreme Combat is really easy to find, located really close to Edinburgh airport and is just across from the best go karting place in Edinburgh so finding the place is not going to be an issue at all. You need to have at least 8 people in your stag party (so two teams of four) but the place is so large that they can handle a stag party of 28 so you can have a full on war! They do provide all the equipment that you need as part of the cost, but for a couple of extra quid if you want you can hire some camo gear.

Reasons Why Xtreme Combat is A Great Stag Do Event

If you love video games this is as close as it gets to being in an actual video game. If first person shooters are your thing then you will love it here and remember it for the rest of your life.

This is just an all-round great deal of fun and while it’s clearly aimed at people who love things like Call Of Duty. Even those who just like to have fun and play games will have a great time here. 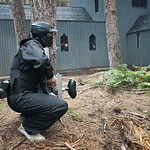 Time to discuss tactics - will you be able to destroy the enemy and regain the heavily defended bridge? Will you be buying the pints in the pub after or will you be the one sitting back basking in the glory!!!! 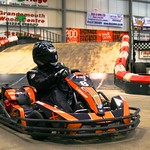 Combine 5 star gokarting track with a session of super tactical laser paintball and you get one very excellent and exciting day out! Group Heaven!

The requested URL /data/feed/api/user/sholto.kerala?tag=PR9390TOP&kind=photo was not found on this server. That’s all we know.

Will you gang up on the stag and pelt him with paintballs or will you play fair!!!! A great weekend ahead ►2 nights accommodation, Lap Dancing Club Entry, Paintball and Nightclub Entry.