Check Availability | Call for Quote | Location
Take a trip on the Magical Mystery Tour to discover the real Beatles Liverpool. Get up close to Penny Lane, Strawberry Field and their childhood homes.
Enquire About This
[Click On Images to View Gallery] 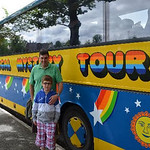 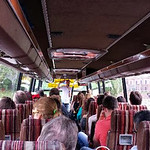 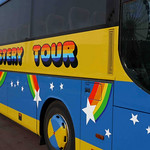 Find out the real story of how The Beatles became the biggest music act on the planet with this epic tour. Hit some iconic locations such as Penny Lane and Strawberry Field as you walk the path that this legendary band took on their way to taking over the world! This would be a perfect activity for any kind of Liverpool stag do!

Anyone who is having a Liverpool stag weekend will have heard of The Beatles, one of the biggest bands of all time and still something that people from Liverpool are fiercely proud of to this day. On your tour you can expect to be entertained by a tour guide who is not only entertaining as hell, but who is also an expert on The Beatles. He will make sure to tell you all the cool little facts about the Fab 4 as you are seeing some pretty incredible sights. On this tour you can expect to be thoroughly entertained, but you can also expect to learn a hell of a lot as well. I am pretty sur that even the most die hard, Beatles fan will learn a few facts during this tour.

You Liverpool Beatles Tour will be pretty damn epic in every regard. At the start when you meet the crew at the Albert Dock where you will be getting on your awesome looking tour bus. It is not quite a Yellow Submarine, but I guess it is as close as you are going to get on land. The tour guide will let you maniacs what you are in for during your tour and then you guys will be on your way.

The first stop on your tour will be the home that Beatles drummer, Ringo Star grew up in. This is the place where he learned his craft and his journey to become one of the biggest stars on the planet started. Once you have checked out, Ringo’s childhood digs it is time to head to the next part of your tour and this is the birthplace of George Harrison. You do get to get off the bus here so you can take a few pictures which is pretty cool.

Once you are done here it is time to head to one of the most popular places on this awesome tour and that is Penny Lane. The tour guide will tell you all kinds of cool info here and once again you can get off the bus to take some pretty cool photos. Getting some photos during this tour by the way is a great way to have some amazing reminders of your Liverpool stag weekend. Once you have checked out Penny Lane it is back on the bus where the tour guide will take you past, St Peters Church Hall. Which is here John and Paul first met…….. how different would the world have been if these two lads had not both been here at that same time on that same day?

Your tour bus will then take you to Strawberry Field where you guys will once again get the chance you get your butts off the bus so that you can take some pics where you will no doubt be pretending you are The Beatles. Another of the cool places that you will see on your tour are the home where Sir Paul McCartney grew up, John Lennon’s childhood home and the schools that the boys attended.

The world famous Cavern Club will be where your tour will end and once here you can check out some live bands who will be performing. Also your ticket allows you back into the Cavern Club later in the evening if you want.

In all this is just a really fun tour that will not only take you to some of the most important locations in music history, but also be taken by a funny, informative guide and of course there will be Beatle tunes playing as you go.

Here is the essential information about this Liverpool Beatles Tour.

Clothing: To take part in this tour you all have to be dressed up like The Beatles……. Just kidding, you guys are free to wear what you want.

How Long Will This Last?: The typical tour will last around the two hour mark, but this can alter a little bit depending on traffic and how long it takes people to get on and off the bus, but two hours is around the usual length.

What About The Weather?: Hey this is Liverpool so chances are it will be raining!!!! But the tour will go on. Just be sure to bring a jacket with you and you will be fine.

How Many People Can Do This?: This is a standard size single seater bus so they can accommodate pretty large stag groups. This is a popular activity though so if you do have a large group be sure to try and book as far in advance as you can.