Check Availability | Call for Quote | Location
With six different game scenarios for all skill levels, this is a 5star accredited paintball centre in Newcastle. Session includes 100 paintball, professional instructors and overalls.
Enquire About This
[Click On Images to View Gallery] 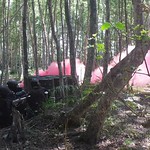 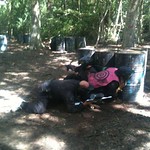 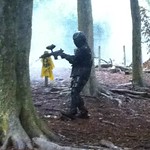 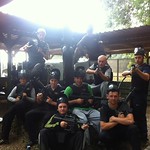 If you want a balls to the wall action packed stag do event then you need to look no further as Delta Force Paintball is here! Grab your gun, ammo and protective gear and do what you need to do in order to make sure that it’s your team who is victorious. Paintball is an absolute classic of a stag do event and it don’t get much better than this right here!

Paintball can be a really fun stag do event. The problems come when you get some jackasses who think that to run a good paintball centre all you need is some woodland and a few paintball guns. The guys here at Delta Force Paintball have gone above and beyond and some might even say overboard in making one of the craziest and most over the top paintball places in the whole UK.

Delta Force Paintball is located in Seaton Burn which is just off the A1 and its set in just acres of woodland. But what is really cool about here is that this is not just abandoned woodlands. The guys behind this place have built six different game zones for you guys to play in. Each one has its own theme, style and rules. Paintball is like playing a real life video game and these game zones are like the different levels in a game.

The games zones are really cool and what make this the paintballing place you need to book. To start with we have the Zombie Crypt game zone this is a game zone that will have you lurking around a haunted crypt trying to uncover its secrets all the while making sure your mates do not shoot you! Castle Wolfenstein is really cool and will see you running around a huge two story castle right in the middle of the woods. There are plenty of places to hide and make ambushes here. London Apocalypse will make you feel like you are in the zombie movie 28 Days Later as you try and get the jump on the other team using a variety of objects including, London style double decker busses for cover. The other three game zones that you can play are Viet Cong Village, Chemical Alley and a really cool woodland based one. These game zones really do get you pumped up with their story and scenario and make you want to take the other team down even more!

The staff here could not be any more helpful and they will provide you with all the necessary safety equipment. Just make sure that you wear sensible clothes, clothes that you do not mind getting muddy and covered in paint! You will be using state of the art paintball guns and each member will be given 100 paintballs to use, you can buy more if you want.

Reasons Why Paintballing Is A Great Stag Do Event

Six game zones mean that you will feel like you are in a real life video game!

100 paintballs mean that you have plenty of ammo to shoot your friends.

A fun and friendly staff will make sure that you boys are shooting each other in as quick a time as possible. 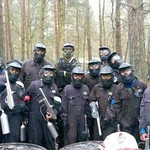 This centre promises an exciting action packed paintball shoot out at the imaginative game scenarios including the legendary Black Hawk Down!

The requested URL /data/feed/api/user/sholto.kerala?tag=PR2973TOP&kind=photo was not found on this server. That’s all we know.

Get the guys together and head for a weekend in Newcastle. This will keep you entertained ►2 nights accommodation, Nightclub Entry, Paintball, Karting and Lap Dancing Club entry...