Nottingham On a Budget 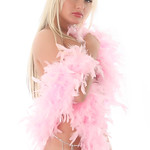 SAVE £15
A great package that has all the essential ingredients for a stag weekend to remember! ► 2 Nights Accommodation : Lap Dancing Club Entry : Night Club Entry 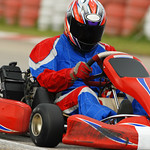 SAVE £25
An opportunity to show off your moves on the Karting Track and then again another set of moves at the night club.- Will you score at both? ►2 nights accommodation, Lap dancing club entry, Nightclub entry both nights, Go Karting. 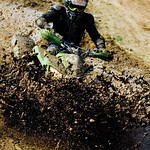 SAVE £25
Drinking, Driving, Shooting and Clubbing- What more could you want on any Stag weekend apart from some more wine and women? ►2 nights accommodation, lap dancing club entry, quad biking, clay pigeon shooting and Nightclub entry. 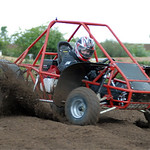 SAVE £30
Wet and wild, with humps and bumps is just how its going to be, by day and by night on this all action 2 night Stag Package in Nottingham. ► 2 Nights Accommodation, Lap Dancing Club Entry, Nightclub Entry on both nights, White Water Rafting and Mud Buggies.

Why You Should Go To Nottingham

When you think of Nottingham there are probably two things that pop into your mind first of all is Robin Hood and secondly is a football team who have not been in the top flight for what feels like decades, I kid, I kid. Nottingham is a traditional English city as you can get, but that does not mean it’s to upmarket for a group of men on a stag weekend! Nottingham does have some great things to do on a night and during the day. As well as this there are a ton of places to grab a bite to eat also.

Nottingham is the perfect stag do venue if you want some touristy things to do. Old Market Square always has something going on. If its historical significance you are after then The Galleries Of Justice and the Wollaton Hall & Park are worth a gander at. And if it is some live entertainment you are after then the Capital FM Arena plays host to many of the big music acts, live shows, comedy acts, pro wrestling and many more things as well. So it’s worth checking out what is on here during your stag festivities.

What Can Stags Get Up To During The Day?

Let’s have a little look at what you fine gents can get up to during the day here in Nottingham.

One thing that you need to do on a stag do is eat, I am sure you think eating just “eats” into your drinking time, but a nice meal here at the Bella Italia is the ideal way to kick back with your mates, eat some nice food, have a few glasses of wine and take the piss out of each other. What makes this the perfect place to come to is the menu. The Bella Italia really does have something for everyone on their menu. No matter if you want some nice pizza, pasta or some kind of spaghetti dish they will have you covered. Lunch or for your mail meal, this is the place for a hungry group of men on a stag weekend.

With a name like The Adrenaline Jungle you know this is a place that does not piss around. This is an action man’s paradise and one of Nottingham’s best places for a group on a stag do. They offer a great range of amazing activities here ranging from paintball, 4 X 4 driving an assault course and so much more. If the outdoors are your type of thing then you really want to check this place out. If balls to the wall action is what you are looking for then you have found it here at The Adrenaline Jungle!

I am pretty sure that there is something in the town charter that states a group of stags who come to Nottingham must take part in some kind of archery activity. As hunting the groom with a bow and arrow for sport is illegal come here and take part in this Triple Shooting mayhem. We have here some expert archery shooting where you will be taught the proper ways of the bow and be made to feel like Robin Hood. You also will get to use some really bad ass and powerful slingshots. Slingshots are more than the weapon of choice for Dennis The Menace! And you will also get to use an air rifle and learn the right ways to shoot!

When on a stag weekend, you want to do something a little unusual, a little weird and a whole lot of fun. Zorbing is an activity that ticks all those boxes! Zorbing is a…… well it’s not a sport, I am not sure what the hell you would class it as. Basically, you and your fellow stags will be inside these huge inflatable balls and then proceed to run around like maniacs. Let me tell you there is nothing funnier than running into a mate at full speed and sending him spinning off out of control.

Tomato Ketchup or Brown Sauce -Which is correct?

Nottingham sparked this debate with the invention of HP sauce by local shopkeeper Frederick Gibson Garton. It is all his fault.

How Exciting Is The Nightlife?

Once you have had some fun during the day it’s time for the real stag party to begin! Here we have a small sample of some of the best that Nottingham has to offer!

Look before you guys hit the pubs and clubs then you want to have a nice meal and what is better than a really nice meal? Well being served by some smoking hot ladies in very tight tops! Hooters is the ultimate men’s place to grab a bite to eat. Let them know you are a stag group and they will take very good care of you. As far as the food goes its things like burgers, hot wings and all other kinds of cool stuff. Huge TV’s always have some kind of sport on also!

One pit stop on a stag weekend simply must be a lap dancing club. Flirtz is one of the very best that the city has to offer. There is wall to wall hot chicks here! Not only do they have the sexiest ladies in Nottingham here, but there are also more than a few “exotic” imports as well. This place is on two floors with each one having its own vibe. If you want, get on the VIP list so you can party it up on the first floor. This is a great club that offers some sexy pole dancing and some very erotic stage shows as well!

Now this is something really cool and a fun way to make your stag party memorable. This Murder Mystery party will see you needing to help out 007 himself and solve a murder before it’s too late! Your stag party will be mixed up with some actors who will really ham it up! Do you have Batman like detective skills? Will you be able to figure out who the killer is before he or she strikes again? And will you have your drink shaken, but not stirred? And most importantly of all! Will you be willing to score with a hot Russian spy should the need to arise? Well then you may just be able to solve this case!

Nottingham has a pretty wild nightlife and one of the most popular spots is Oceana Nightclub .This is the biggest club in the city and you single stags will be pleased to know that many ladies love it here! Inside this huge ass place are nine different bars. There are a ton of different areas, each one with its own vibe.

Some of the night clubs in Nottingham are hot stuff

There is no better place to party the night away than right here. A New York themed disco room and an Alpine skiing room are just two of the cool areas that this place has to offer. Also thanks to us, we can make sure you are on the VIP guest list so you do not have to wait in line outside!

What Makes Nottingham Such A Cool Place?

Look I know that Nottingham is not the first place that will pop into people’s minds when organising a stag weekend, night or do, but the fact of the matter is there is actually a load of stuff to do here that will result in you having a stonking weekend. Pubs and clubs are plenty, but Nottingham has more activities that are a, let’s just say little more theatrical than you get elsewhere. This is one of the few big cities in the UK that has kept some of its old fashioned charm.

How Do We Get To Nottingham?

As with most huge cities in the UK, Nottingham is actually easy to get to. You can drive here and it is well connected to the motorways, but as this is a stag weekend and no one will want to be the designated driver. Then you will be pleased to know that via train and bus, Nottingham is easy to get to. I will say that if you are planning to go via train or bus that you book as early as you can to save a few quid. Once in the city there is actually a really good public transport system to ferry you guys around.

StagDoParty believes that it provides the best value for money for Stags and Stag Weekends in Nottingham.

If you can prove us wrong- which we doubt- then we will match or beat any genuine "like for like" quotation for Nottingham based Stag weekend.